The following interview, held at the U.S. State Department, has been edited for clarity and brevity.

VOA: In the last two months since President Joe Biden took office, the U.S. is demonstrating its commitment to have a strategic partnership with Ukraine. However, the administration is clearly stating its priorities, importance of the delivering on the reform agenda, anti-corruption effort, is President Volodymyr Zelensky delivering on those fronts?

George Kent: Well first, welcome back to the State Department. I know it's been a long time. I would say what's most important is that President Zelensky delivers on his promises and the priorities of the Ukrainian people because they are the ones who elected him. And if you look back at 2019, with the presidential and Rada elections, President Zelensky ... [was] elected on a mandate of reform and change. So I think first and foremost that is the answer that the current Ukrainian authorities have to answer. What the U.S. wants is clear. And U.S. Secretary [of State Antony] Blinken mentioned it in his testimony two months ago. We are ready to support Ukraine, defending against aggression from abroad primarily from Russia and from the challenges from within, and that's the reform agenda. You mentioned this administration is putting authority on anti-corruption action and helping democracies thrive because we believe democracies are best placed to address the challenges of the 21st century, and this issue is something that is shared by Ukrainians and Americans.

And so I think the needs are clear. The expectations of Ukrainians and Americans are clear. Reform efforts need to continue and deepen. The justice sector is absolutely essential. How Ukrainian authorities get out of the constitutional crisis created by the constitutional court undermining reversing changes that were made is a real challenge for Ukrainians. The U.S. as a partner is here to be supportive. But to be very clear, any legislation that rolls back the independence of organizations, whether it's the National Anti-Corruption Bureau, NBU, or the central bank, does not help Ukraine and that will make it very difficult for international partners, whether it's the IMF or the United States, to continue to be as supportive of efforts when they are not leading to reform the change that Ukraine needs.

VOA: Since President Biden took office, he spoke to many world leaders, however he did not speak to President Zelensky yet. How important it is to establish the contact between leaders and is their trust issue between two leaders?

Kent: So I think you're right that trust is very important in any relationship. That's again within a country as well as between countries. And I think President Biden established an excellent record when he was vice president of reaching out and trying to establish that trust with Ukrainian counterparts. Trust is a two-way street, obviously, and I anticipate that there will be a call between our leaders in the near future. But I believe it's also important to understand that a call, while taken as a symbol, has to be backed up by actions and the issues that we were discussing, the issues that are on the U.S.-Ukraine agenda. We want Ukraine to succeed. That means we want the government and President Zelensky to succeed. But for that success, there needs to be the right actions and the right reforms.

VOA: The phone call between the two presidents is a hot political topic since we all remember well the last call between President [Donald] Trump and President Zelensky, is this a factor in today's decision about the call?

Kent: The Biden administration will make the right decisions for the U.S. interests in this administration, so I would not put any link between those.

VOA: The Nord Stream 2 pipeline has become a serious issue between the U.S. and its European partners. Secretary Blinken made it clear that the U.S. opposed the building of the Nord Stream. What is the U.S. prepared to do if Germany and others will decide to go ahead with their plan to complete the pipeline?

Kent: Yesterday, Secretary Blinken was in Brussels and stood up next to the NATO Secretary-General Jens Stoltenberg and he reiterated what he had issued last week. President Biden and the Biden administration considers Nord Stream to be a bad deal. It's bad for Europe, it's bad for our allies. And we think it fundamentally contravenes the concept of European energy security. And we do have obligations under our law to take action when we have. I think that's the intent of the Biden administration.

VOA: So what is the United States prepared to do?

Kent: Well, again there are requirements under legislation to sanction companies that are directly involved in the pipe preparation planning process. So we are gathering information and considering next steps.

VOA: U.S.-Russia relations are a hot topic as well, specifically after the security report about Russian interference in the U.S. election. There was an announcement about special sanctions or serious response to Russia. What should we expect?

Kent: Well, we have not yet announced the package of response measures but as President Biden indicated last week. Russian actions do demand a response. So stay tuned.

Kent: Well we're very concerned. You can see it in open-source reporting, different actions along the line of contact. New trenches near the old Donbas airport. I think the key thing is our expectation for Russia, the same as Ukraine is that President Vladimir Putin and Russia need to live up to the obligations and commitments that Putin made in February of 2015, six years ago. There would be a total cease-fire, foreign forces, by which mean Russian forces, are recalled from Russia and that Ukraine recovers the control of its sovereign border.

And today seven years later, Russia has not lived up to its obligations.

VOA: Is the United States prepared to be more active in negotiations with Russia in Normandy Format or other formats?

Kent: I think you will see as we fill out our team at the State Department, we still don't have a confirmed deputy secretary nominated or confirmed undersecretary or new assistant secretaries. As we all get vaccinated and are able to resume travel, you will see more active U.S. diplomacy in this area.

Kent: First of all, the State Department has full faith and confidence in our charge, we understand that all countries expect having fully accredited ambassadors and we expect the Biden administration to nominate a fully qualified person. And then it will be up to the Senate to confirm and look forward to having a U.S. ambassador.

VOA: Do you have an idea about the timeline?

Kent: Nope. And in that sense, ambassadors are the prerogative of the president and the White House with a role in the Senate to advise and consent. So no timeline yet.

VOA: Could you comment on why Ukraine is important for the region since you were responsible for the whole region in the last three years. So what is the United States looking at in terms of Ukraine and its effect on the region?

My former professor [Zbigniew] Brzezinski once said that if Ukraine succeeds, that gives the real impulse for Russia to have the possibility of reform in the long term. And so we treat Ukraine on its own merits and that's why it is such a focus of our assistance that's provided by Congress. It's the focus of our diplomacy. 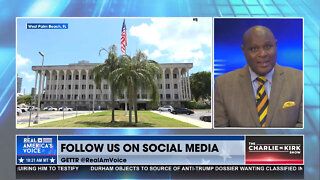