The United States is warning China against material and security assistance to Russia in Moscow’s war on Ukraine, laying out Washington’s red line ahead of U.S. Secretary of State Antony Blinken’s visit to Beijing early next month.

Tuesday, U.S. Deputy Assistant Secretary of Defense for China Michael Chase spoke to Song Yanchao, deputy director of China’s Office for International Military Cooperation of the Central Military Commission, according to a U.S. official who spoke to VOA on condition of anonymity.

This week’s military-to-military talks come as the U.S. is monitoring closely any decisions by the People’s Republic of China (PRC) in response to Russian requests for security assistance. The U.S. official took note of reports about multiple visits to China by Russian transport aircraft.

“I don’t have a new assessment to offer,” State Department spokesperson Ned Price told VOA last week when asked if it is still Washington’s assessment that Beijing is not providing security assistance to Russia.

“If we see the PRC taking action to systemically assist Russia evade sanctions, of course there will be costs,” said Price.

China Snubs US Military Outreach Ahead of Expected Blinken Visit

During a press conference at the State Department after the U.S.-Japan 2+2 talks last week, Austin said he has asked his Chinese counterpart to meet the U.S. “halfway” and keep “open lines of communication” to avoid miscalculation.

Wei is retiring in March. Li Shangfu, a new member of the Chinese Communist Party’s Central Military Commission (CM) is widely seen as the PRC’s next minister of national defense.

Li was sanctioned by the U.S. government in 2018 due to Chinese purchases of advanced Russian fighters and missile systems. But the U.S. sanctions would not prevent Li from holding official meetings with American officials, according to a State Department official.

During Tuesday’s talks, the U.S. official told VOA that China also raised concerns about a potential visit to Taiwan by the new U.S. Speaker of the House Kevin McCarthy. McCarthy said last year he would visit Taiwan if he became the house speaker, a move that would anger China.

China claims sovereignty over the self-ruled democracy, a claim rejected by Taiwan.

U.S. diplomats and military officials have pointed out that the House of Representatives operates independently from the Biden administration and cautioned China against an overreaction near the Taiwan Strait that may lead to an “unintended” military accident.

“We can’t hold our foreign policy hostage to things that China may or may not do,” said a senior State Department official. 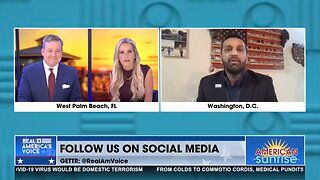 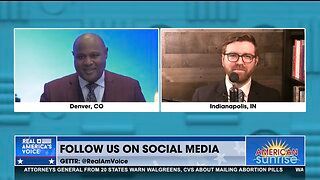