The Biden administration is asking Congress for additional legal authority to make it easier for the U.S. government to seize Russian government and oligarch assets and transfer the proceeds to Ukraine.

The White House released the package of legislative changes Thursday as President Joe Biden asked Congress for $33 billion in additional aid for Ukraine as it seeks to fend off a devastating Russian invasion, now in its third month.

If enacted, the proposed measures would "establish new authorities for the forfeiture of property linked to Russian kleptocracy, allow the government to link the proceeds to support Ukraine, and further strengthen related law enforcement tools," the White House said in a statement.

"The proposals the president announced today will give the Justice Department critical resources and tools to continue and strengthen this work," Garland said Thursday during a House Appropriations Subcommittee hearing.

Republican Senator Lindsey Graham told Garland during a hearing earlier this week that "there will be a receptive audience to give you more money if that's what it takes to go after the people who profited from destroying the Russian economy."

The proposal comes as Ukrainian officials asked Western governments to hand over Russian oligarch and government assets seized since the start of the Russian invasion on Feb. 24.

Last week, Ukrainian President Volodymyr Zelenskyy said seized Russian assets, including frozen Russian Central Bank reserves, "have to be used to rebuild Ukraine after the war, as well as to pay for the losses caused to other nations."

So far, European countries in which Putin's wealthy associates have long maintained homes and investments, have led in seizing their assets.

According to the White House, European Union member states have reported freezing more than $30 billion in Russian assets, including $7 billion worth of boats, helicopters, real estate and artwork.

By contrast, the U.S. Treasury Department has sanctioned and blocked boats and aircraft belonging to Russian elites worth more than $1 billion, the White House said.

The confiscations include the seizure earlier this month of a $90 million yacht owned by Russian oligarch Viktor Vekselberg.

In addition, the department has frozen hundreds of millions of dollars in assets belonging to Russian elites held in U.S. bank accounts, the White House said.

U.S. lawmakers have voiced support for stepped-up enforcement of sanctions imposed on Russian individuals and companies.

Critics say some of the proposed legislative changes go too far and could lead to government abuse of civil forfeiture authority.

"It's not just aimed at 'oligarchs' and 'Russian elites,' whatever that means," said David Smith, a former federal prosecutor now in private practice. "Many of the provisions would greatly expand the government's civil forfeiture powers in other cases, as well."

Here is a look at the new enforcement tools the administration is seeking.

The administration's key proposal would allow the departments of Justice, Treasury and State to hand over to Ukraine Russian assets forfeited to the U.S. government.

At present, forfeited property goes into the Justice Department's Asset Forfeitures Fund, which is primarily used to compensate victims of crime and to fund investigations.

To empower the government to give the money to Ukraine, "multiple statutes" would have to be amended, according to the Justice Department.

These include the Racketeer Influenced and Corrupt Organizations Act (RICO), a 1970 law enacted to fight organized crime.

Garland said during the House hearing that the proposed changes would make it "easier" to transfer seized Russian assets to Ukraine.

Under the International Emergency Economic Powers Act (IEEPA), the primary U.S. sanctions statue, proceeds from violating sanctions are subject to forfeiture to the government.

The administration wants Congress to amend the 1977 law, extending the government's authority to forfeit – or take ownership of – "property used to facilitate sanctions violations," not just "proceeds of the offenses."

The IEEPA authorizes the president to impose sanctions on foreign actors, including individuals and government officials.

The administration wants sanctions evasion to be defined as a "racketeering activity" under RICO.

Famously used in the 1980s to bring down mob leaders, the law includes a long list of crimes as racketeering, from bribery and money laundering to drug trafficking and kidnapping.

The proposed change "would extend a powerful forfeiture tool against racketeering enterprises engaged in sanctions evasion," according to the Justice Department.

The proposal would create a new criminal offense, making it illegal to possess proceeds obtained from "corrupt dealings" with the Russian government.

Smith said the proposed creation of a new offense is "scary."

"How are 'corrupt dealings' to be defined?" he wrote in an email to VOA. "Presumably to make it as easy as possible for the government to seize and forfeit 'oligarchs' assets."

The proposal would extend the so-called statutes of limitations for prosecuting money laundering and seeking forfeiture of their assets from five years to 10 years. A statute of limitations limits the prosecution of an offense within a specified time.

Conducting such investigations can be complicated and time-consuming.

"Extending the statute of limitations would provide additional time for investigators and prosecutors to hold oligarchs criminally accountable," the White House said in a statement. 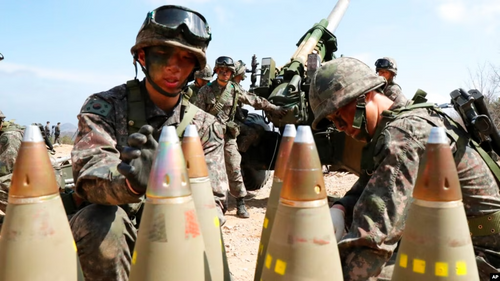 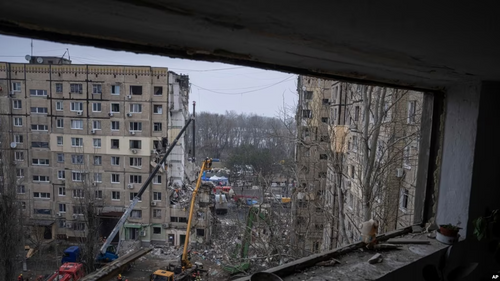