U.S. lawmakers debated into the night Wednesday over details of legislation aimed at curbing the power of Big Tech firms with a sweeping reform of antitrust laws.

The House Judiciary Committee clashed over a series of bills with potentially massive implications for large online platforms and consumers who use them.

The legislation could force an overhaul of the business practices of Google, Apple, Amazon and Facebook, or potentially lead to a breakup of the dominant tech giants. But critics argue the measures could have unintended consequences that would hurt consumers and some of the most popular online services.

Rep. David Cicilline, who headed a 16-month investigation that led to the legislation, said the bills are aimed at restoring competition in markets stymied by monopolies.

"The digital marketplace suffers from a lack of competition. Many digital markets are defined by monopolies or duopoly control," Cicilline said as the hearing opened.

"Amazon, Apple, Facebook and Google are gatekeepers to the online economy. They bury or by rivals and abuse their monopoly power conduct that is harmful to consumers, competition, innovation and our democracy."

The bills would restrict how online platforms operate, notably whether tech giants operating them could favor their own products or services.

The measures would also limit mergers or acquisitions by Big Tech firms aimed at limiting competition and make it easier for users to try new services by requiring data "portability" and "interoperability."

The fate of the bills remained unclear, with some Republicans and moderate Democrats expressing concerns despite bipartisan support.

Clash points included whether it is right to target laws at four big tech companies and whether government agencies will hobble them instead of letting them adapt to competition.

"The interoperability measure is a huge step backwards," said Oregon Republican Cliff Bentz. "Big Tech is certainly not perfect. This bill is not the way to fix the problem."

Representative Zoe Lofgren said she hoped the bill would include more measures for data privacy and security but endorses the concept.

“The big platforms have all your information. And if you can't move it, then you're really a prisoner of that platform,” she said. “Who wants to leave a platform if they've got all your baby pictures and all of your videos of your grandchildren, locked up?”

As the session stretched into the night, some members of the body lobbied to adjourn and resume the work another day.

'They make it worse'

Republican Representative Ken Buck, a supporter of the overhaul, said the legislation "represents a scalpel, not a chainsaw, to deal with the most important aspects of antitrust reform," in dealing with "these monopolists (who) routinely use their gatekeeper power to crush competitors, harm innovation and destroy the free market."

"These bills don't fix that problem -- they make it worse," Jordan said. "They don't break up Big Tech. They don't stop censorship."

Steve Chabot, another Republican, called the initiative "an effort for big government to take over Big Tech."

The panel approved on a 29-12 vote a bill that was the least controversial, increasing merger filing fees to give more funding for antitrust enforcement.

Tech firms and others warned of negative consequences for popular services people rely on, potentially forcing Apple to remove its messaging apps from the iPhone or Google to stop displaying results from YouTube or Maps.

Apple released a report arguing that one likely impact -- opening up the iPhone to apps from outside platforms -- could create security and privacy risks for users.

"It will be much harder for these third-party sellers to create awareness for their business," Huseman said.

"Removing the selection of these sellers from Amazon's store would also create less price competition for products, and likely end up increasing prices for consumers. The committee is moving unnecessarily fast in pushing these bills forward."

The measures may also impact other firms including Microsoft, which has not been the focus of the House antitrust investigation but which links services such as Teams messaging and Bing search to its Windows platform, and possibly other firms. 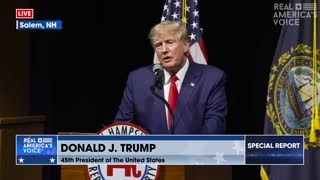 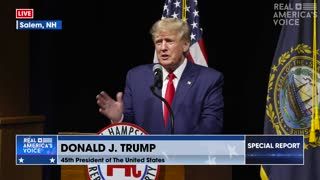 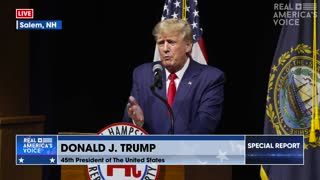 President Trump: ‘every day is April fools day’ in the U.S. currently 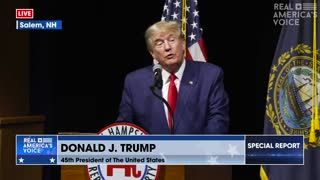 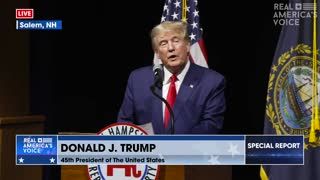