Descendants of slain U.S. civil rights leader Martin Luther King, Jr. and their supporters marched on Washington Monday to urge Senate Democrats to overcome Republican opposition and obstruction within their own ranks to push through a national overhaul of voting rights.

They rallied on the national holiday honoring King on the 93rd anniversary of his birth. The march occurred just days after two centrist Senate Democrats, Kyrsten Sinema and Joe Manchin, said they would oppose attempts to change legislative rules in the politically divided 100-member chamber to allow Democrats to set uniform national election rules over the objections of all 50 Republican senators.

“You were successful with infrastructure, which was a great thing," King told the crowd. "But we need you to use that same energy to ensure that all Americans have the unencumbered right to vote." 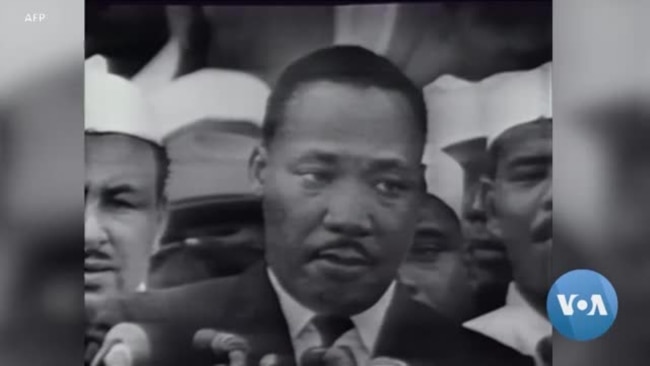 U.S. President Joe Biden said in a video address that Americans must commit to the unfinished work of Martin Luther King, Jr., delivering jobs, justice and protecting "the sacred right to vote, a right from which all other rights flow."

Senate Majority Leader Chuck Schumer is calling for a vote as early as Tuesday on the legislation that would expand access to mail-in voting and early voting before the official election days in early November, strengthen federal oversight of elections in states with a history of racial discrimination and tighten campaign finance rules.

Democratic supporters say the legislation is needed to counter new restrictions on voting passed in 19 Republican-led states that some critics say would make it harder for minority and low-income voters to cast ballots. Republicans say the legislation is a partisan power grab by Democrats and would be a federal takeover of elections that the 50 states have typically managed with state-by-state rules.

But the legislation is almost certainly to be killed unless Sinema and Manchin suddenly reverse their opposition to ending use of the Senate filibuster rule that allows opponents of contentious legislation, either Republicans or Democrats, to demand that a 60-vote supermajority be amassed for passage.

Marches supporting voting rights and other civil rights measures were planned in several U.S. cities on the King holiday.

Can the United States and Free World Survive Another 3-Years of Joe Biden and His Radical Agenda?Next PostBlinken to Visit Ukraine, Germany to Discuss Russian Military Buildup