While it hasn't made the news headlines here in America much, the big news out of the U.K., Sweden, Denmark, Germany, and a host of other nations is, "Life is becoming very painful, and Europe is about to be very cold this winter."

All across Europe, energy bills to heat the citizens' homes are rapidly becoming unaffordable for most nations.

Poland, Germany, France, Denmark, Spain, Italy, and more are facing rising gas and electricity, which have increased recently by, in some cases, upwards of 700%.

The reasons are apparently, two-fold. Vladimir Putin and Russia have severely curtailed natural gas shipments to the Euros principally because these nations decided to support Ukraine in their war with Mother Russia. Remember, Donald Trump, warned Germany not to cave to Russia for natural gas. They laughed at him at the United Nations general assembly a few years back. They likely won't be laughing this November when the temperatures begin plunging, and the snow starts flying.

This monologue from Tucker Carlson on August 29, 2022, is beyond frightening and should cause everyone to take stock of our current situation.

Do you not find it ironic that when Joe Biden was sworn in, the United States was selling energy to Europe, and we had an abundance of our own natural gas and oil? Prices were affordable, and America was prosperous. Almost immediately after Biden took the Oath of Office, our gasoline prices began rising, production began slowing, and suddenly we had inflation through the roof.

As Europe rapidly approaches a monumental crisis where undoubtedly many will perish due to the cold, one has to wonder how far behind America is from the same thing happening here.

Applying some common sense to this question, These people occupying the White House (not counting Joe Biden) are not stupid people. They know full well that America (nor Europe, for that matter) is ready for "The Green New Deal." They know they cannot hope to provide enough heating through solar, wind, or any other means of 'green' by the time winter arrives or in the next decade. So why are they doing this?

Why is the Biden Administration allowing for food shortages, fuel shortages, electric shortages, and the inflation that comes with it? Why is he allowing American citizens to suffer and, in some cases, go broke by simply trying to provide for their families?

Perhaps this past Saturday's events in Lansing, Michigan, can give us a few clues. This past weekend, the Michigan Republican Party arrived in Lansing for their convention. When the smoke cleared (after numerous skirmishes between the Grassroots Patriot types and the Elitists Establishment), it was clear who won. The Grassroots mopped the floor with the Establishment. 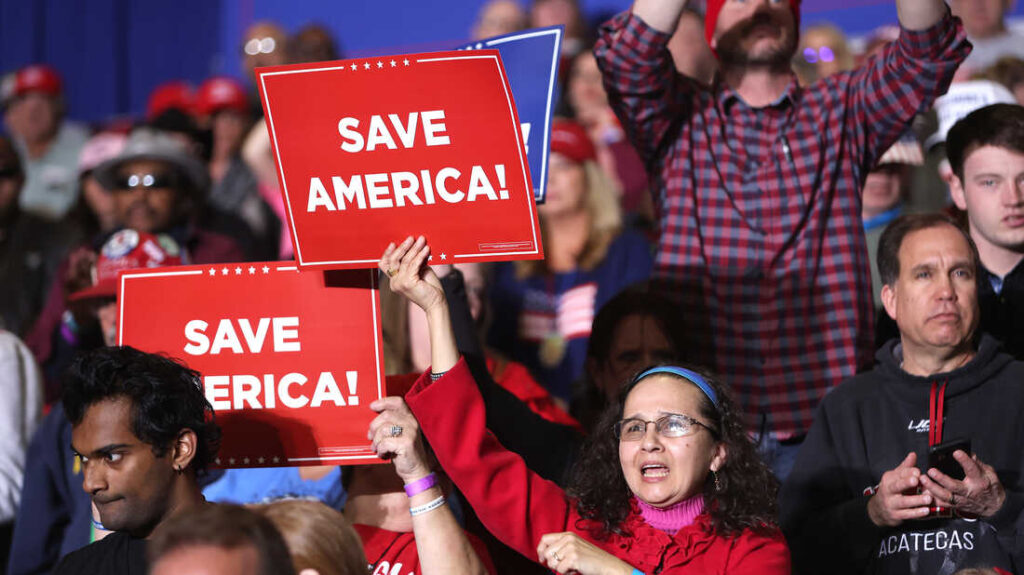 Michigan's Grassroots exposed the corruption between Betsy DeVoss and Mike Shirkey. Shirkey manages DeVoss's PAC committees. The corruption is endless with these snakes.

This article published today in the Gateway Pundit will explain the details, but it is a must-read to get an idea of what is happening across our nation in every state and local community.

It turns out that the long-standing Chairman of the Michigan GOP is also a partner in a company that had purchased a property in Troy, Michigan. The purpose of this purchase was (and I suppose still is) to build the new World Headquarters for the Atlantic Council. You really should check out their website hyperlinked here. 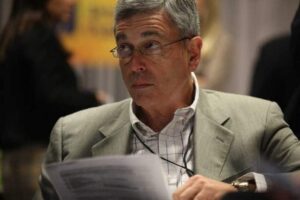 As it happens, the Chairman of the Michigan GOP is a fellow named Ron Weiser. Mr. Weiser has a second job, as it were. Mr. Weiser is also a member of the Board of Directors for the Atlantic Council, which is part of the WORLD ECONOMIC FORUM. This is the same organization that has been working tirelessly for decades to implement something called "The Great Reset."

The Grassroots also managed to ferret out that Senate Majority Leader Mike Shirkey and former Trump Cabinet member Betsy DeVoss are part and parcel of the Atlantic Council. What this means to Joe six-pack, you, and I is this.

Many of our high-ranking Republican Establishment leaders are globalists. Until now, this has been largely hidden, and those suggesting this were known as "tin-foil-hat" conspiracy theorists. Not anymore! Ron Weiser and Betsy DeVoss were booed out of the building this past Saturday, and DeVoss was even overheard bemoaning that her potential U. S. Senate race for 2024 had just been destroyed. 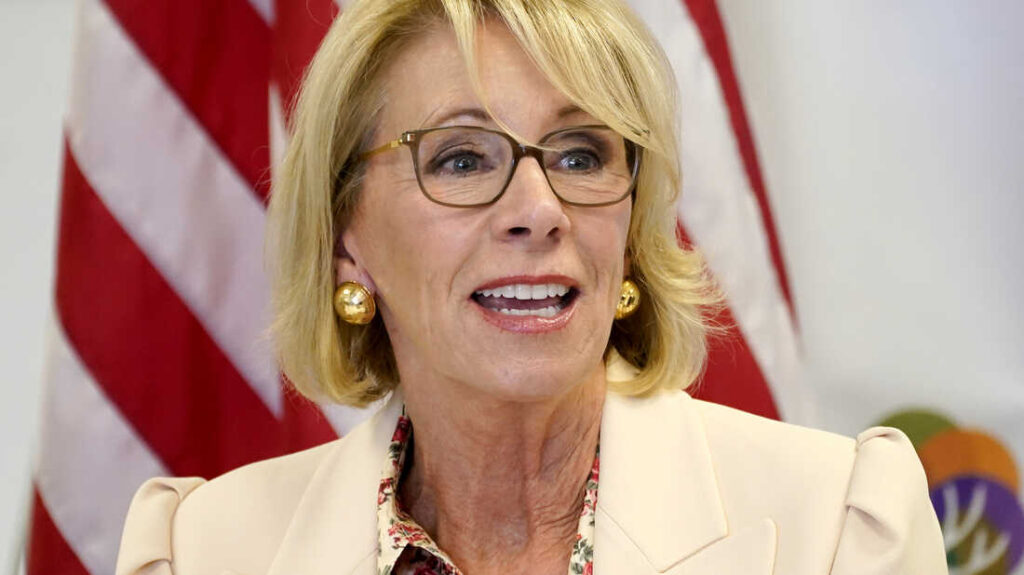 DeVoss was the Cabinet Member who wrote the 25th Amendment removal to have Trump removed. She is a long-standing anti-Trumper.

America, this is not just in Michigan. We have these Establishment Republican Elitists nationwide at many state and federal level positions. We must begin identifying them, campaigning against them, and sending them home if we are to retain our nation.

Is this why Mitch McConnell agrees so often with the Democrats?

We know the Democrats hate America, but now we have the Republicans joining forces with them much of the time.

Joe Biden is very simply fulfilling the mission of the World Economic Forum by bankrupting our nation. The entire goal of "The Great Reset" is to redistribute the wealth of the prosperous nations to the third-world and second-world countries to even out the world's monetary supply and create equality globally.

The events this past Saturday in Lansing (in a very ironic moment) have exposed the corruption at the highest levels of our political Establishment in this country. The very leaders we trusted were all along working against America for global equity. They ensured that our Representatives were those who would fall in line with the ultimate goal and mission.

Do not misunderstand it; the World Economic Forum and the Atlantic Council are purposefully bleeding our wealth through energy usage. If you notice, all of the European Countries being hit the hardest are the wealthier nations. IE; France, the U.K., Germany, Sweden, Denmark, etc. And now we come to America.

The Green factions are willingly stripping our nation of vast amounts of cash for oil from overseas. Then they are turning around and demanding that we purchase electric cars (which are more expensive) that use far more natural resources to manufacture than gasoline cars. Why?

The saddest part of this saga is that our elected officials are part of the massive conspiracy to create equity amongst nations at the American people's expense.

We all owe a debt of gratitude to those brave Patriots from Hillsdale County, Berrien County, and many others in Michigan who exposed this mass corruption on a global scale.