U.S. Secretary of State Antony Blinken has arrived in France, his latest stop in a multination tour, where he will meet Friday with President Emmanuel Macron, following up on U.S. President Joe Biden's recent meetings with allies in the region to boost transatlantic relations.

"During this trip to engage with the United States' oldest ally, Secretary Blinken will emphasize the importance of maintaining transatlantic cooperation, addressing our joint response to the ongoing health crisis, tackling the climate crisis, and highlighting the strength of our long-standing bilateral partnership," the State Department said Thursday in a statement.

France continues to be "a steadfast partner in the fight against terrorism," the State Department said, adding the two countries "agree on the need to hold Russia accountable for its aggressive and destabilizing activities, including in Ukraine."

The U.S. and France collaborate on issues like "human rights, economic coercion and corruption" to counter the People's Republic of China's efforts to "erode the values and institutions that undergird the rules-based international order."

The U.S. "will continue to work with France in implementing climate finance to achieve the goals of the Paris Agreement and accelerating the transition to a clean energy economy to achieve net-zero emissions by midcentury," said the State Department.

Earlier Thursday while in Berlin, Blinken said the United States and Germany are partnering to counter Holocaust denial and antisemitism, an effort the secretary of state said would "ensure that current and future generations learn about the Holocaust and also learn from it."

Speaking at the Memorial to the Murdered Jews of Europe in Berlin, Blinken said Holocaust denial and antisemitism go hand in hand with homophobia, xenophobia, racism and other forms of discrimination, and have become "a rallying cry for those who seek to tear down our democracies."

"That's why we have to find innovative ways to bring the history of the Holocaust to life, not only to understand the past, but also to guide our present and to shape our future," the top U.S. diplomat said.

He and German Foreign Minister Heiko Maas signed a document on the partnership. Blinken said the two governments would work to strengthen education and counter denial and distortion, helping public servants and young people understand the Holocaust and antisemitism in depth and to feel a responsibility to stop atrocities.

"This dialogue will help us remember all that can be lost, but also help us to see all that we can save if we choose — if we choose — to stand up rather than stand by," said Blinken.

Wednesday's conference, hosted by Germany and the United Nations, included officials from 17 countries and reinforced support for national elections in Libya scheduled for late December.

A senior U.S. State Department official told reporters Wednesday that the elections are important "not just to legitimize a long-term, credible Libyan government," but also to help achieve the goal of carrying out an existing call for all foreign fighters to leave the country.

An official statement from conference attendees said that "all foreign forces and mercenaries need to be withdrawn from Libya without delay," but on that point Turkey noted its reservations.

The senior State Department official said Turkey sees its personnel in Libya acting as trainers based on an agreement it had with a previous interim government, the U.N.-recognized Government of National Accord.

Libya has experienced political instability since the 2011 NATO-backed uprising that ousted longtime leader Moammar Gadhafi from power. Rival governments operated in separate parts of the country for years before a cease-fire deal in October that included a demand for all foreign fighters and mercenaries to leave Libya within 90 days.

At a news conference following Wednesday's conference, Libyan Foreign Minister Najla Mangoush said there was progress toward the exit of the foreign fighters and that "hopefully within the coming days mercenaries from both sides are going to be withdrawn."

Defeating Islamic State will be the focus of an upcoming conference co-hosted by Blinken and Italian Foreign Minister Luigi Di Maio in Rome. The top U.S. diplomat will also participate in a ministerial meeting in Italy to discuss Syria and the humanitarian needs in that country. 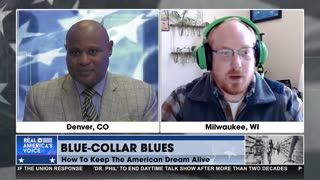 How Is Unchecked Federal Spending Impacting The American Dream? 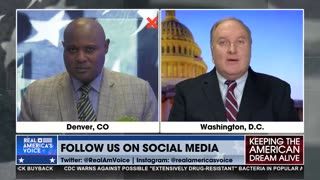 John Solomon Highlights How Grassroots Voices Have Made A Difference 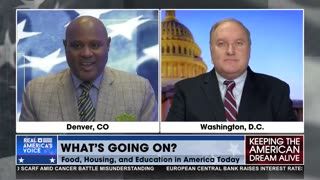 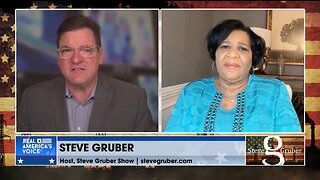 Alice Marie Johnson: The Good Police Need to Step Up 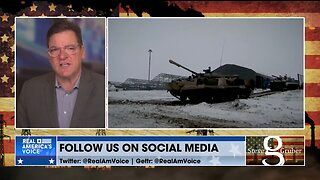 Have We Not Learned our Lessons in Afghanistan and Iraq?