As President Joe Biden seeks to repair relationships with U.S. allies who felt neglected by the Trump administration and to redraw lines between America and its adversaries, two key lawmakers overseeing U.S. diplomacy say that they share his goal of restoring America's "soft power" on the world stage.

With the start of the new Democratic-controlled Congress, the two congressional committees most concerned with foreign policy — the House Foreign Affairs Committee and the Senate Foreign Relations Committee — have new chairmen.

Representative Gregory Meeks, a 67-year old 13-term congressman from New York City, took over the House panel in January. Senator Robert Menendez, also 67, and serving his third full term as senator from New Jersey, will lead the Senate committee. This will be the first time Democrats have chaired both committees since the end of the 111th Congress in 2011.

Both Meeks and Menendez have said that restoring U.S. leadership in world affairs is central to their plans for the next two years. Both have also recognized the challenges the U.S. faces from Russia and China, whose influence has grown considerably in the past decade.

"The committee under the next Congress will preside over an historic shift in U.S. foreign policy, and there is no shortage of work ahead of us," Meeks said after his election to the chairmanship. "Not only will we need to reengage with a world that has felt the marked absence of U.S. global leadership, but we must also rethink traditional approaches to foreign policy."

Menendez, who served in the House before accepting an appointment to fill a vacant Senate seat in 2006, said, "In my 28 years in Congress working on foreign policy, I have never experienced a more consequential moment for our nation's role in the world. ... At this critical time, the Senate Foreign Relations Committee will work to restore our leadership around the world and advance our democratic values."

There are clear signs that the U.S. Foreign Service community is eager to work with Congress toward restoring the funding and the morale of the State Department, both badly depleted over the past four years.

In a recent event sponsored by the Council on Foreign Relations, Ambassador Arnold Chacón, senior vice president of the National Defense University, former director general of the Foreign Service and former ambassador to Guatemala, said he hopes to "work closely" with Menendez, Meeks and others in Congress.

"We really need to step up this partnership we have with the Congress to be able to achieve all the things that are so necessary at this time in our history," said Chacón.

Even so, former President Donald Trump's shadow on American diplomacy may linger.

Jason Miller, a political adviser to Trump and strong defender of the former president's handling of trade, foreign policy and immigration, stressed that Trump "is still going to be active and engaged in U.S. politics" and that he is "going to keep pushing for candidates who support the America first agenda."

"And it doesn't matter if the establishment politicians come after him, whether they be Republican or Democrat," Miller told VOA. "The president's not going to back down."

In taking the chair of the Foreign Relations Committee, Menendez returns to a position he held from 2013 until early 2015, when Republicans assumed control of the Senate. Later that year, he stepped down as the ranking Democrat on the committee after being indicted in a federal corruption investigation. The charges were later dropped, though he was "severely admonished" by the Senate's Select Committee on Ethics.

Both Meeks and Menendez represent constituencies that are far more diverse than the United States as a whole, and have a much higher population of immigrants. More than 40% of the people in Meeks' New York City district are foreign-born, as are 22% of Menendez's constituents. In the U.S. as a whole, the foreign-born make up less than 15% of the population.

Many of Meeks' constituents come from countries in and around the Caribbean, including Guyana, Jamaica, Haiti, and Trinidad and Tobago. The congressman's attention is frequently drawn to that part of the globe, and in the past few weeks he has been particularly vocal in his criticism of the effort by Haitian President Jovenel Moïse to remain in office beyond the end of his term.

Menendez represents a state with one of the largest Asian populations in the country, with the largest segment by far represented by individuals of Indian origin. While Menendez has been critical of some of the repressive policies of Indian Prime Minister Narendra Modi, he has also been a fierce critic of China's actions in an ongoing territorial dispute with India.

Meeks said in a statement that he wants to see the U.S. diplomatically engaged not just with traditional allies, but also to expand its efforts beyond traditional channels.

"This will not be a return to normal, but a leap towards a new way of doing business. We will broaden our scope and outreach to parts of the world we've historically overlooked. We will return as partners to our European allies, but we will also need to build new multilateral relationships in the Western Hemisphere and Africa. We can only address the systemic challenges posed by Moscow and Beijing with the help of like-minded friends."

Menendez and Meeks both insist that they want to restore the role of Congress in helping to guide U.S. foreign policy — especially when it comes to armed conflict. After the 9/11 attacks in 2001, Congress passed two Authorizations for Use of Military Force, one related to Afghanistan and one to Iraq. Both remain in force, and the AUMF for Afghanistan has been used to justify military action across the globe in the 20 years since it was passed.

Both men have supported legislation to do away with the existing AUMFs in the past. However, experts warn that it's unlikely that a standalone repeal of the AUMFs would be wise or politically feasible.

"It makes no sense to repeal it without a clear sense of what would replace it," said Michael O'Hanlon, a senior fellow and director of research in Foreign Policy at the Brookings Institution. "The threat isn't gone and won't wait for Washington to authorize new laws. And I think that requires rethinking other issues too, like the War Powers Act and the president's sole authority to launch nuclear weapons. To be done, this issue area needs to be done right."

On relations with the United States' security partners around the globe, O'Hanlon told VOA he wouldn't expect to see much daylight between the congressional committees and the Biden administration.

"I expect relatively gentle congressional action, relative to the president and his team, except perhaps on an issue or two where divergences may emerge over time," he said. 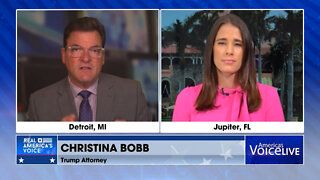