The U.S. space agency NASA released the set of the first full-color images from the James Webb Space Telescope Tuesday, a day after sharing a full-color picture of stars and galaxies deeper into the cosmos than ever seen before.

U.S. President Joe Biden said the telescope offered "a new window into the history of our universe."

Tuesday’s images took weeks to render using data from the telescope. They show areas of the universe where researchers will focus future scientific inquiries.

The $10 billion telescope, the largest and most powerful ever launched into space, peers farther into the cosmos than any before it.

A peek into the past

Scientists describe the telescope as looking back in time. That is because it can see galaxies that are so far away that it takes light from those galaxies billions of years to reach the telescope.

"Light travels at 186,000 miles per second (299,000 meters). And that light that you are seeing on one of those little specs (in the picture) has been traveling for over 13 billion years," said NASA Administrator Bill Nelson, who attended Monday's news briefing along with Biden and Vice President Kamala Harris.

The Webb telescope can see light that was created just after the Big Bang, the furthest humanity has peered into the past.

A successor to the Hubble Space Telescope, Webb is about 100 times more sensitive than its 30-year-old predecessor. It is also able to use the infrared spectrum, while the Hubble used mainly optical and ultraviolet wavelengths.

The telescope is so precise, Nelson said, that scientists will be able to see the chemical composition of planets deep in space and determine if they are habitable or not.

"We are going to be able to answer questions that we don't even know what the questions are yet," he said.

Harris said the telescope would "enhance what we know about the origins of our universe, our solar system and possibly life itself."

The telescope was launched December 25 from French Guiana in South America and traveled 1.6 million kilometers from Earth before beginning to capture images.

Biden said the telescope took a "journey 1 million miles (1.6 million kilometers) into the cosmos … along the way unfolding itself, deploying a mirror 21 feet wide (6.4 meters), a sunshield the size of a tennis court, and 250,000 tiny shutters, each one smaller than a grain of sand."

Nelson said future images would peer even further back into the origin of the cosmos, looking about 13.5 billion years into the past.

Scientists will use the Webb telescope to study stars, galaxies and planets as far as the edges of the cosmos, as well as look at objects closer to us with a sharper view, including our own solar system. 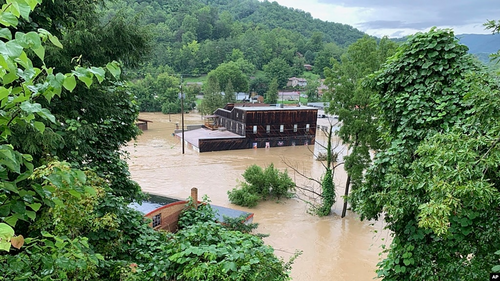 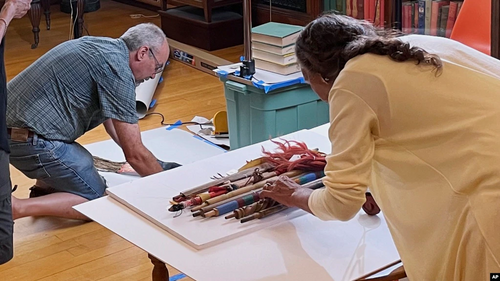 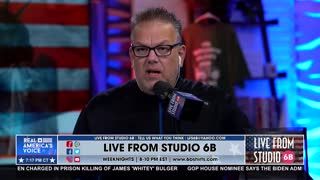 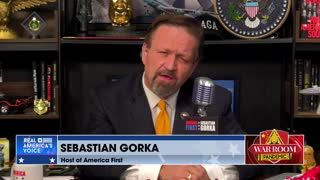 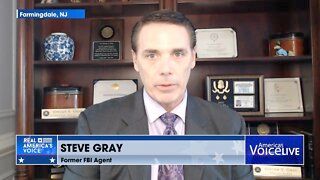