At this point in time, it no longer matters "WHO" is running the Oval Office. We assume it is Joe Biden, but the fact is, due to his pronounced cognitive decline, it is most likely his wife Jill, his senior advisors, and in the shadows, Barack Obama.

After Biden's return to the "Iranian Nuclear Deal," and with the amount of money this (and Obama's) administration has sent to the rogue nation, we knew it was only a matter of time before Iran would have that ability to create a nuclear weapon. And that day has apparently arrived. Most everyone and their brother tried in vain to tell Biden not to drop sanctions against Iran. Now that large amounts of oil cash are again flowing into Iran, they are on the cusp of having their long-dreamed-about nuclear bomb.

According to both Reuters and The Jerusalem Post, a senior advisor to Iran's Ayatollah Khamenei, the terrorist nation is "technically able to create a nuclear weapon."

So why is this so problematic? Iran is a very devoted Islamic nation. So why is this so concerning, you ask? Keep in mind that Sharia Law governs Iran. Sharia Law takes its religious belief and legal system directly from the Koran. Iran is led by Islamic religious leaders rather than democratically elected officials; thus, Ayatollah Khamenei is akin to the Catholic Pope for Iran and most of the Islamic world. He is not just the spiritual leader of the nation, but he is the Chief Dictator in Charge as well.

Looking toward the Koran, let us examine why this is so critical. The prophet Muhammed invested countless pages in the Koran with instructions on how it is commanded that Muslims eradicate Infidels. What is an Infidel, you ask. Technically speaking, an Infidel is anyone who is not Muslim or doesn't practice the Muslim/Islamic faiths. In other words, if you do not believe in Muhammed as your Messiah, then a good Koran-following Muslim is commanded to kill you. This is from the "Religion of Peace" we hear so much about.

Lest you think this is conspiratorial and outlandish, consider this. The outspoken former President of Iran, Mahmoud Ahmadinejad, often threatened Israel with annihilation from a nuclear weapon. He even did so on the floor of the United Nations. Keep in mind that Iran has been working feverishly for years to develop its nuclear enrichment programs.

If you're a Libertarian, you might say, "so-what" America needs to stay out of it. Here is the problem with that political philosophy.

To say that allowing Iran to obtain and manufacture nuclear weapons is a bad idea would be a monumental understatement. Iran garnering nukes is and will be catastrophic for the entire world, not to mention the Middle East as a whole. Keep in mind that Iran very much dislikes Saudi Arabia and the rest of the moderate Islamic nations (meaning those nations which do business with the West), such as Dubai, and the list goes on.

Shifting away from the Middle East, let us now travel to Asia.

Joe Biden's Chinese foreign policy is an abysmal failure as well. While it doesn't pose an immediate threat to the United States, such as Iran getting nukes, it nonetheless threatens millions of innocent Taiwan residents.

It is now glaringly evident that China holds a huge sledge hammer over Joe Biden's head. The more we learn about Hunter Biden's infamous laptop computer, the more we now realize just how deeply Joe and Hunter were and are in dutch to the Chinese government.

Could the blackmail ability of China over Joe Biden be why the Biden Administration has made so many apparent bad deals for America with China? It is patently evident that the government of China has dramatically enriched the Biden family (because of the trove of evidence on Hunter's laptop).

Is this the reason that President Xi of China can tell Biden to "back off" when he mentions anything to do with China in a negative light? Sure sounds plausible.

Then, of course, we have the debacle in Ukraine. Biden is sending Ukraine whatever they ask for because of the amounts of cash that Hunter pulled out of that nation. In addition, Ukraine has reams of incriminating material against the Biden family that I am pretty sure Joe doesn't want to get out. Consequently, this is costing the United States tens of billions of taxpayer dollars.

America, it is long past time that these Cabinet Secretaries hold a 25th Amendment meeting. It is so patently obvious that Joe Biden is incapable of carrying out his duties as President of the United States. In addition, his cognitive issues are endangering not just our nation but the entire free world. 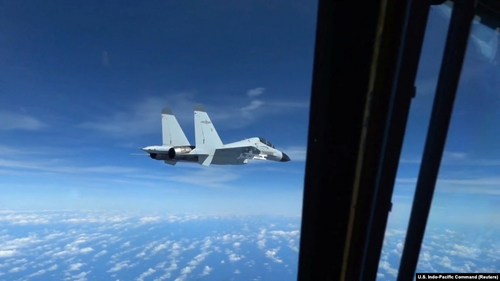