The meeting underscores the importance of the U.S.-Japan alliance, especially as the countries’ shared rival, China, grows in strength and aggressiveness.

Since taking office last year, Suga’s government has at times taken a slightly more critical stance toward China, calling out Beijing’s human rights abuses and incursions into disputed areas of the East and South China seas.

It represents a slight recalibration of Japan's relationship with China, its longtime rival and largest trading partner. However, many analysts expect Suga to refrain from overly antagonizing Beijing during his meeting with Biden.

“There is unease in some Japanese policy circles about being too forward-leaning in countering China and sacrificing the carefully orchestrated rapprochement initiated a few years ago,” said Mireya Solis, who focuses on East Asia at the Brookings Institution, a Washington D.C.-based research and analysis organization.

Ahead of Suga’s visit, China’s Foreign Affairs Ministry warned Japan against "being misled by some countries holding biased views against China." Earlier this month, China also sent a naval strike group near Okinawa, where the U.S. has troops -- a signal Beijing is prepared to counter the U.S.-Japan alliance.

Japan hosts approximately 55,000 U.S. troops. The two sides routinely describe their alliance as the “cornerstone” of peace and stability in Asia.

Biden, who took office in January, has focused on revitalizing the U.S.-Japan alliance, as well as U.S. involvement in multilateral institutions, which were often criticized or shunned by former U.S. President Donald Trump.

In an interview with VOA, Tomita also said it is critical to take a multilateral approach toward China.

“We are seeking a stable relationship with China, but at the same time, will continue to be very clear about our concerns,” he said.

“From Japan’s perspective, it is particularly troubling to see their maritime practices which attempt to unilaterally change the status quo in the region,” he added.

Taiwan -- the self-ruled island that China views as its own -- has emerged as another flashpoint. Some Japanese leaders have suggested cooperating more closely with the United States to discourage China’s intimidation of Taiwan.

James D.J. Brown, an associate professor at Temple University in Tokyo, said Suga likely feels pressure from the parts of Japanese society and political circles that sympathize with Taiwan.

“I think that if [Suga] is seen as avoiding taking a tough stance on China, he might have to worry not only about getting criticism from the United States but also potentially from within his own party,” Brown said.

There’s a limit to how far Suga will go in criticizing China, though, Brown said.

“So I think overall Japan is … deeply uncomfortable with being urged to take a stronger stance” against China, he said.

“They're very happy in Tokyo for the United States to do that, but they're reluctant to do so themselves because they recognize that China both economically, militarily, has a lot of ways and a lot of leverage that they can use to make things very uncomfortable for Japan.”

However, Japan’s new approach is encouraging to many U.S. lawmakers, who have become increasingly hawkish on China. Republican Sen. Bill Hagerty, who until 2019 was ambassador to Japan, said he believes U.S. allies are beginning to see the threat posed by China.

“I want to see us bring them all into the fold and demonstrate that our democratic values, and that our free-market principles are the best possible posture to undertake,” he added. 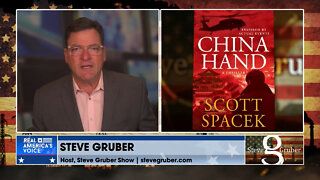 Anonymity Was Required For Publishing Scott Spacek’s Book On China 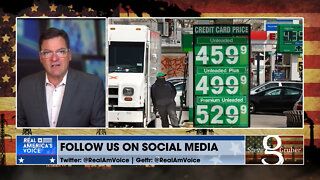 Can The Biden Administration Get Any Worse? 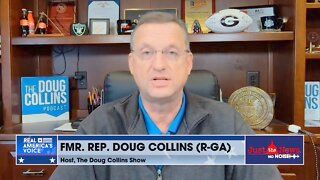 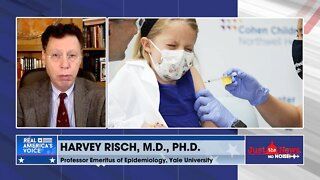