Here’s what I’ve discovered so far. During my quest to uncover what happened in Georgia’s 2020 election, I met a local attorney that began sending me tons of information to review each week. I happened to come across an affidavit he sent me from a person that claimed to have evidence of ballot trafficking in Georgia. Determined to authenticate the claim, I tracked the person down myself, because that is what reporters should do — they investigate. 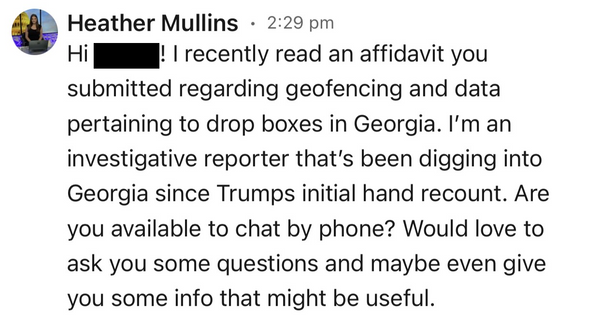 Once I got a hold of him, he admitted it was true, but explained they weren’t going public yet because they didn’t want to compromise the investigation. They were still in the process of collecting information on many fronts in several other states.

I kept quiet about what they were doing and offered them information I knew from investigating Georgia that I thought may be helpful to them. Now here we are, months later, and I’ve been given the green light to discuss what’s actually been going on as they prepare to release the evidence in the coming weeks & months.

An election integrity group called True the Vote, in partnership with lead contractor OPSEC Group, have spent months since the election acquiring over 27 terabytes of data as part of a massive investigation into the 2020 election. The data consists of more than 10 trillion location-based cell phone pings, which allows the team to track the movements of suspected ballot traffickers in six different states. 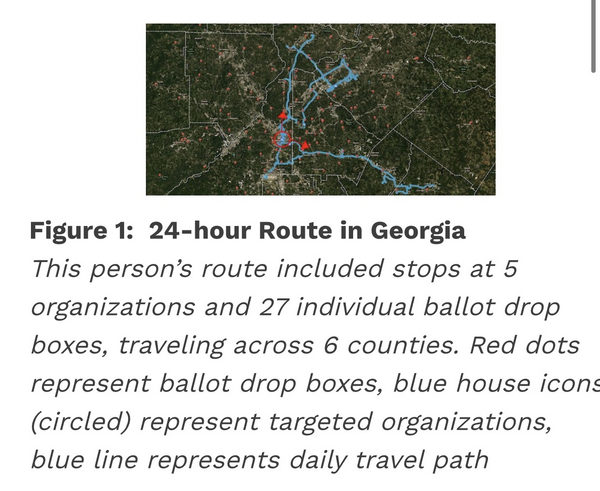 In addition to the cell phone pings they have acquired over a petabyte of video surveillance data. Using proprietary AI-based code their experts have written, they are able to detect motion of an object of a minimum size mass, and then tag the videos for further human analysis.

Over 100,000 videos are being looked at and investigated. 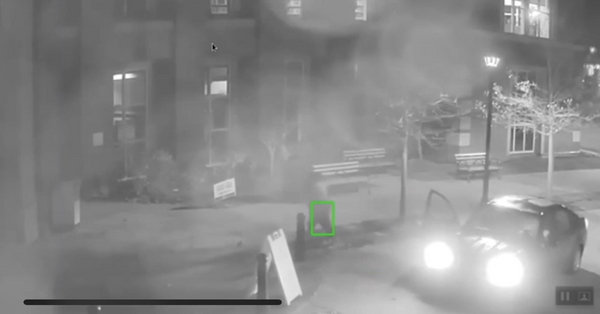 Some of the videos are purported to show individuals stuffing ballot dropboxes with stacks of ballots, individuals depositing ballots in multiple dropboxes, and unauthorized coordination between government workers engaged in the exchange of ballots. In 2019, HB 316 specifically addressed the issue of ballot harvesting, and was passed by the Georgia General Assembly and signed by Georgia Governor Brian Kemp. It changed the law to now require that the voter personally mail their ballot or have it delivered by an immediate family member living in the household.

Individuals cannot come to your door and collect your ballot for you.

So there is no reason anyone should be depositing ballots into more than one drop box. That would be a crime. This soon to be released footage could leave Georgia Secretary of State Brad Raffensperger with some explaining to do after he wrote a letter to Congress in January assuring them his office had investigated all claims of fraud, that Georgia’s election was secure, and encouraged them to certify Georgia’s results.

The State election board has since moved to investigate both Fulton County and Floyd Counties handling of the 2020 election citing many concerns.

An ongoing lawsuit by Voter GA in Fulton County also seeks to unseal absentee & mail in ballots citing affidavits of election workers that are believed to have witnessed fraud. Back to the ballot trafficking investigation, according to True the Votes website, they have been in touch with both State and Federal authorities regarding their investigation but so far no action has been taken. 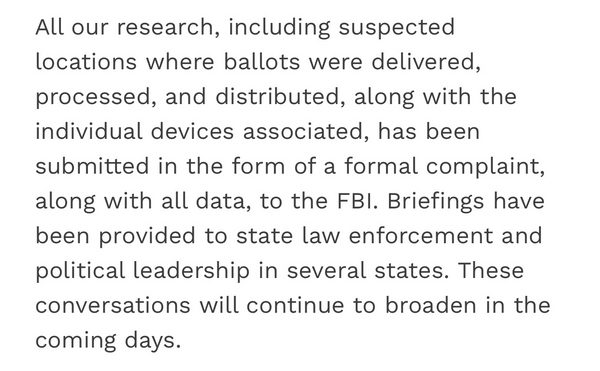 Please be sure to watch Real Americas Voice, follow me on all social media @TalkMullins, and share my work with friends and family. Election integrity is no doubt important, but so is journalistic integrity, so thank you all for following me on this journey to the truth, for RAV giving me a platform, and God putting the right people in my path.